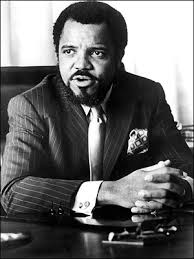 As an irresistible force of social and cultural change, Berry Gordy’s legendary Motown made its mark not just on the music industry, but society at large, with a sound that has become one of the most significant musical accomplishments and stunning success stories of the 20th century. Diana Ross & the Supremes, Smokey Robinson & the Miracles, Stevie Wonder, the Temptations, the Four Tops, Marvin Gaye, Michael Jackson & the Jackson 5, the Marvelettes, Martha Reeves and the Vandellas, Gladys Knight & the Pips, Lionel Richie & the Commodores, Teena Marie, their music communicated and brought together a racially divided country and segregated society, around the world, touching all people of all ages and races.

No other record company in history has exerted such an enormous influence on both the style and substance of popular music and culture. With more than 180 No. 1 hit songs worldwide and counting, that influence is still being felt today, from pop to hip-hop. Motown recently celebrated the 50th anniversary of the company’s founding.

Motown, of course, stands for more than just the historic music. The label and its remarkable legacy is a reflection of the hard work of dedicated individuals overcoming incredible obstacles to achieve great success. Over a half-century ago, on January 12, 1959, to be exact, a young African-American songwriter named Berry Gordy founded his company with a loan of $800 from his family, marking the birth of the “Motown Records Corporation.” Because Detroit had long been known as the “Motor City,” Gordy, in tribute to what he felt was the down-home quality of the warm, soulful people he grew up around, used “town” in place of “city,” which gave him the contraction “Motor Town” and the perfect name for his company and new label—Motown.

A man of vision, drive, talent and determination, Berry Gordy was also a producer, innovative entrepreneur, and teacher. The phenomenal success of Motown Records is a tribute to all that he embodies and all the talent that he brought out in others. Under his leadership, and through determination and support of the Motown family of artists, Gordy forged new grounds for minorities and made the “Motown Sound” a worldwide phenomenon beloved by millions to this day.

Berry Gordy believed in turning negatives into positives. He always learned from all his experiences and applied them to his business. The tedious time he spent working on the assembly line at Detroit’s Lincoln-Mercury automobile plant he put to good use: “Every day I watched how a bare metal frame, rolling down the line would come off the other end, a spanking brand new car. What a great idea! Maybe, I could do the same thing with my music. Create a place where a kid off the street could walk in one door, an unknown, go through a process, and come out another door, a star.” That little thought that came to him while running up and down that assembly line became a reality we now know as “Motown.”

From his experience at Lincoln-Mercury, he also set up a system at Motown called Quality Control, in order to ensure only top product would be released. Meetings were held on Friday mornings where producers would submit their product to be voted on. All were free to express their honest opinions. Gordy said these meetings were one of the key elements of the company’s overall growth and success. The competition was fierce––and so was the love. It was survival of the fittest. The artists flourished in that process, as well as the songwriter/producers like Holland-Dozier-Holland, Norman Whitfield, Ashford and Simpson and Smokey Robinson. They were all as distinctive as the artists they produced.

When Motown was housed in its famed Hitsville U.S.A. offices at 2648 West Grand Boulevard in Detroit, it was not just a location; history would be made there. In fact, Berry Gordy created a 24-hour hit-making and artist development factory, nurturing the artistic talent of the singers, writers, producers, as well as corporate executives.


Today, Motown is not only the greatest pop music hit factory ever heard, but an institution, a state of mind, a way of life, a style, the “Sound of Young America.” The distinctive, upbeat and uplifting music brought together pop and soul, white and black, old and young, like never before and continues to this day. Regardless of race or social background, teenage girls admired Diana Ross and teenage boys pretended to be Smokey Robinson. Motown became the heartbeat of American pop music. With multi-platinum artists ranging from the Miracles, Temptations, Four Tops and Supremes to Marvin Gaye, Stevie Wonder, and Jackson 5, the House That Gordy Built had and has no rival.

Motown defined the term “crossover” not only on record and stage, but also behind the scenes. After breaking down barriers and having pop radio embrace Motown artists, Berry Gordy set his sights on television, movies. He booked his artists on popular shows such as American Bandstand and The Ed Sullivan Show. After captivating national audiences with repeat performances on these shows, The Supremes were the first R&B act to play the country’s most prestigious night club, New York’s Copacabana, which paved the way for other R&B acts into the top cabaret circuits around the world.

After Gordy purchased that first Detroit property, he converted the garage into a small recording studio and the kitchen into the control room. The company’s first signing was the Miracles, led by Smokey Robinson, and its first release was Marv Johnson’s “Come to Me,” January 21, 1959. But its first major hit was Barrett Strong’s “Money (That’s What I Want),” a song co-written by Gordy himself, which reached #2 on Billboard’s R&B chart in 1960. A year later, the Miracles would score the company’s first million seller with “Shop Around.” That same year, teen girl group the Marvelettes landed the company’s first pop No. 1, “Please Mr. Postman,” while the label signed two young groups, the Supremes and the Temptations. Within three years, those two groups would lead Motown into the mainstream, when the Supremes launched an unprecedented string of five consecutive No. 1 hits, starting with “Where Did Our Love Go,” while the Temptations released the eternal Motown classic, “My Girl.”

In 1968 the company had five records out of the Top 10 on Billboard’s Hot 100 chart and accomplished another unprecedented feat by seizing the top three spots for a full month.

In the late 80′s and 90′s all of Motown’s major artists were inducted into the Rock and Roll Hall of Fame. Upon his own induction in 1988, Motown’s founder was given the following tribute: “Gordy endeavored to reach across the racial divide with music that could touch all people, regardless of the color of their skin.

“Under his tutelage, Motown became a model of black capitalism, pride and self-expression and a repository for some of the greatest talent ever assembled at one company… Motown’s stable of singers, songwriters, producers and musicians took the concept of simple, catchy pop songs to a whole new level of sophistication and, thanks to the music’s roots in gospel and blues, visceral intensity… After Motown, Black popular music would never again be dismissed as a minority taste… Aesthetically no less than commercially, Motown’s achievements will likely remain unrivaled and unstoppable.”

Today, the label is part of the Universal Music Group, with its classic recorded music catalog managed by Universal Music Enterprises (UMe). The timeless songs from Motown between 1959 and 1985 are represented by EMI Music Publishing.